The 20th Anniversary of the EANET

The EANET 20th Anniversary celebration was organized online, alongside the Science & Policy Dialogue, on Friday 26th of November 2021, gathering over one hundred participants from 30 countries, to discuss better air quality for all.

Established in 2001 as an intergovernmental network to create a common understanding on the status of acid deposition in East Asia, the Acid Deposition Monitoring Network in East Asia (EANET) celebrated in 2021 its twenty years of successful inter-regional cooperation and activities.

To close the celebrations, Mr. Mohan Kumar Sammathuria, Principal Assistant Director of the Atmospheric Sciences, and Cloud Seeding Division, Malaysian Meteorological Department, Ministry of Environment and Water, Malaysia, and the Chairperson of the EANET Scientific Advisory Committee for 2021-2023, presented the newly launched publication “Summary of the Twentieth Anniversary of the EANET“.

The Summary of the Twentieth Anniversary of the EANET has been prepared based on the data accumulated in the past twenty years of activity of the EANET. It aims at providing a common understanding of the status of acid deposition in East Asia in an easily understandable manner. In addition, it may serve as a guidance document for policymakers, students, civil society, and various organizations that may become EANET partners soon. 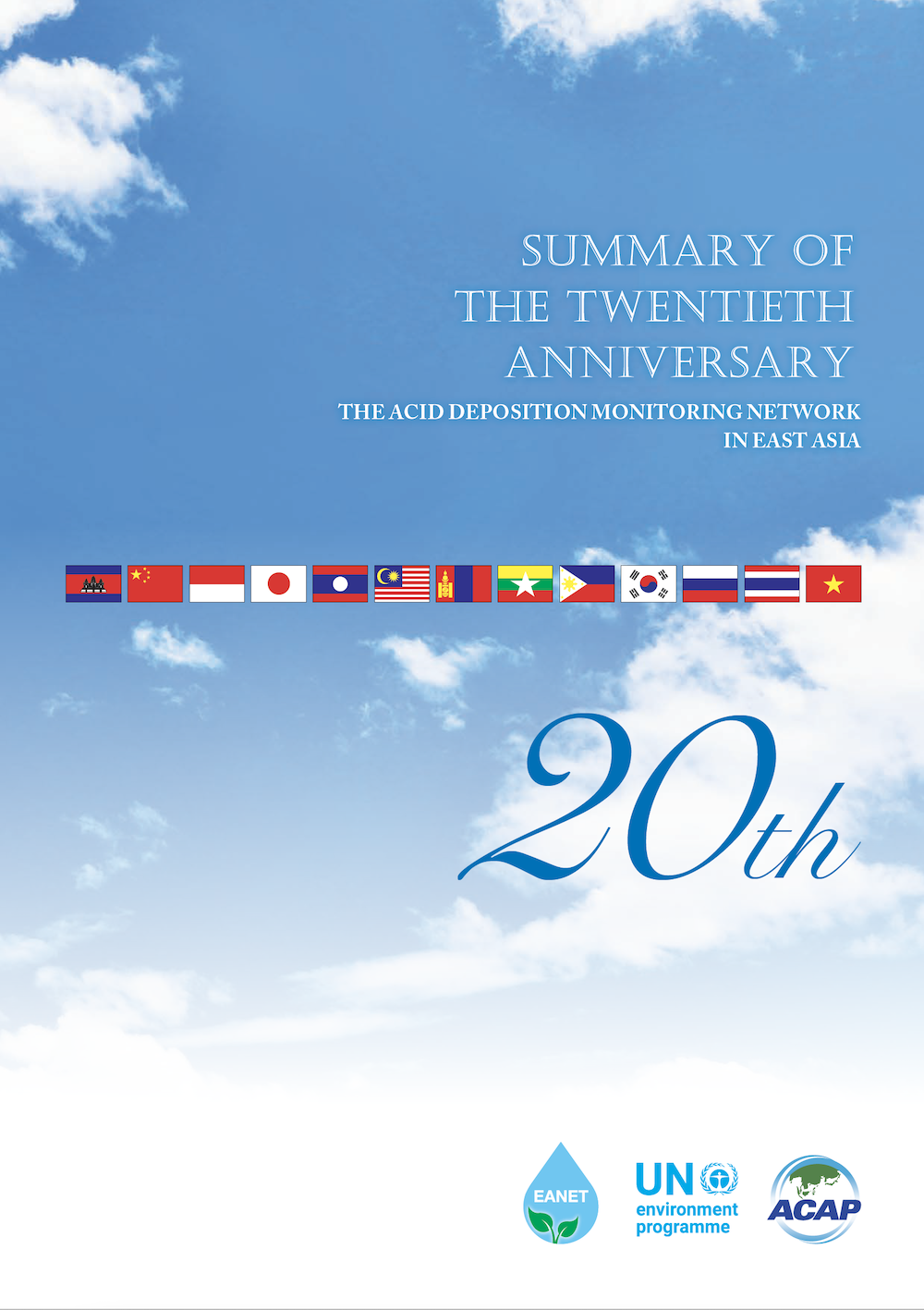