The Working Group Meeting in 2021 Session 2 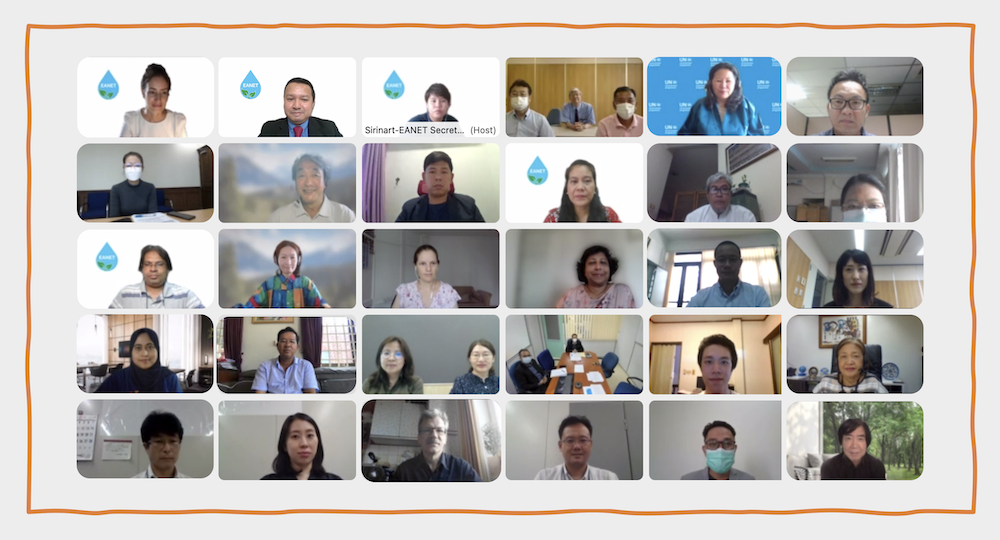 The Working Group Meeting in 2021 Session 2 (WG2021-2) took place from 18 to 20 August 2021, virtually, and gathered over 70 representatives of the EANET Participating Countries, Secretariat and Network Center for the EANET, to discuss the process of expansion of the scope of the EANET, among other important topics.

The Working Group Meeting in 2021 Session 2

Sharing views on the Draft Text to Supplement EANET’s Instrument

Participants discussed their views and ideas on the development of a Draft text of the Supplementary Document to EANET Instrument, in the form of an Annex. Several items of the draft text were discussed, allowing Participating Countries to share suggestions and comments on how to best reflect the Network’s intention regarding future activities in the Region.

Other important topics, such as the Project Fund Mechanism and the Work Programme and Budget for the EANET in 2022, among others, were also discussed.

The meeting’s Closing remarks were provided by Dr. Isabelle Louis, Deputy Regional Director, United Nations Environment Programme for Asia & the Pacific, and by Dr. Erdenebat, ACAP’s Deputy Director-General. As Dr. Erdenebat’s role as Deputy Director-General is coming to an end, he thanked all Participating Countries and colleagues from the Secretariat and the NC for their constant support.

Given the importance of the task assigned to them, Representatives from the EANET Participating Countries have agreed to meet again for a continued WG2021 Session 2 before IG23 in November 2021.